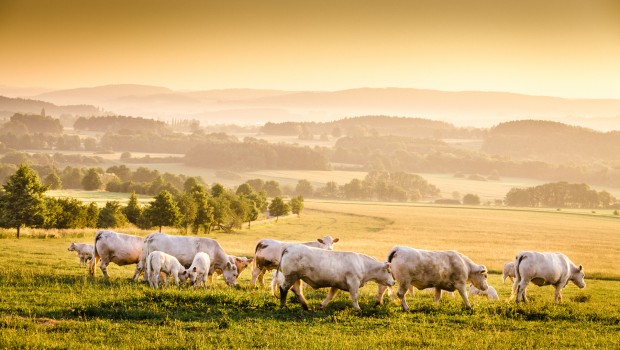 Published on July 13th, 2015 | by BirminghamLiving

Nature and Wildlife in Birmingham

Nature and Wildlife in Birmingham

Where Have All The Flowers Gone? 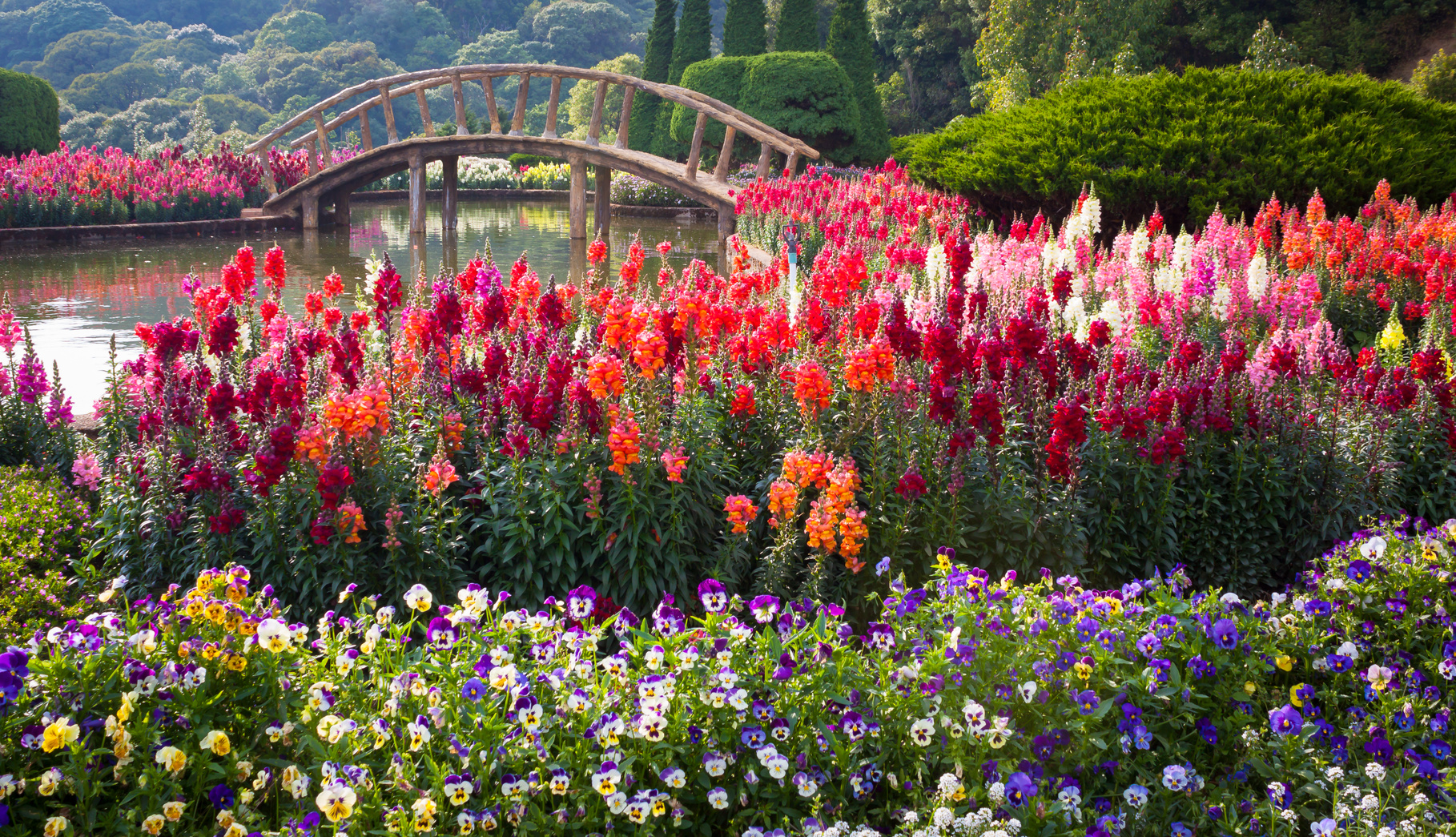 As the world bursts into bloom you might be forgiven for thinking that all is well with our wild flowers, but in our ancient meadows and pastures and along our road verges this is often not the case. Although woodland flowers currently dominate the scene later the focus is on grasslands, and there lie many problems.

Agricultural ‘improvement’, reseeding with a single grass species, and using silage rather than hay for winter fodder, have all helped to sound the death knell for the flowery fields of yesterday. This dramatic decline is highlighted in a briefing from the Wildlife Trusts entitled ‘Save Our Vanishing Grasslands‘. This also emphasises the importance of wildflower meadows for bees and other pollinators, butterflies, birds, flood prevention, pollution control, soil conservation and carbon storage.

Wildlife Trusts’ England Director Stephen Trotter, says:
“Wildlife-rich grasslands have been in trouble for decades, but our newly collated information shows that the remaining hay meadows and flower-rich pastures are still at risk. We’re seeing an insidious yet catastrophic decline. The pressures are enormous: from development and changes in agricultural practices, to neglect.”

The ancient meadows of the West Midlands have not escaped. For example in Worcestershire, a county renowned for its classic traditional lowland hay meadows, it is estimated that a quarter of the best 200 sites have been lost or damaged since 2005. And bear in mind that by 2005 there had been enormous losses in the previous eighty or so years.

The Wildlife Trusts and others are doing what they can. They are, for example, taking some ancient meadows into their care and using hay from them to spread on other sites to restore their beauty and value. Even in the heart of the Black Country work is going on on the Rowley Hills to protect and restore the grassland there.

These activities need to be backed up with the right policies and incentives for land owners and farmers. The Trusts are asking the Government to improve existing laws and policies, give legal protection to, and fully reward farmers for managing, the best grasslands, and restore more wildlife-and flower-rich grasslands. 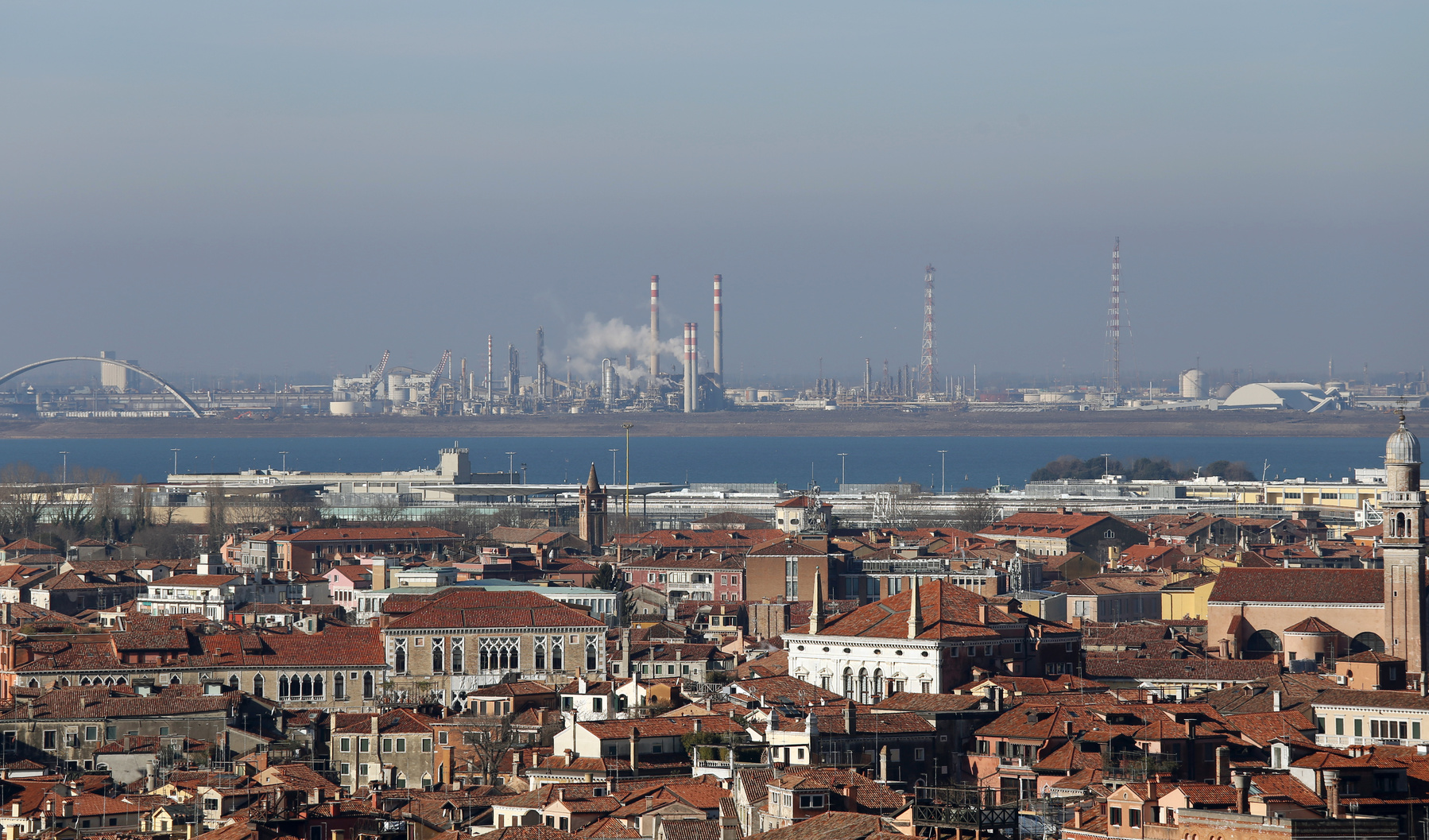 Ahead of the game as always the Black Country had an innovative garden city proposal on the table before the much trumpeted Ebbsfleet idea. Led by urban design charity MADE, and supported by a host of partners in the public, private and third sectors, the proposal has been entered for a £250k prize for new garden city designs put up by the Wolfson Foundation.

As with the Nature Improvement Area in Birmingham and the Black Country the idea seems, at first sight, to be a contradiction, especially to those outside the West Midlands. People who live here know differently of course. The mines, factories and houses of the Industrial Revolution never completely obliterated the woods, wetlands, heaths and farms on and around which they were built. Whilst the increased population suffered much deprivation it never lacked spirit and creativity, and this continues today, boosted by the 20th century influx of other cultures.

We now have what were once villages and small towns interspersed with open spaces such as Saltwells Wood, Rowley Hills and Sandwell Valley, parks, waterways and nature reserves. The genius of the garden city proposal is to understand that such an entity does not have to be created from scratch, it can be developed on existing green infrastructure such as this. The idea has echoes of the ‘Black Country as Urban Park’ initiative a few years ago, also a response to a funding competition. Not that £250k will build the garden city, but it will pay for further work.

If the bid is successful I hope that some of that further work will be to strengthen the natural environment elements of the concept. There is, perhaps, less about this aspect of the idea than areas such as the economic and social benefits. Ecologists were though amongst those involved in making the bid.

The first phase of the garden city would be centred on Smethwick and Oldbury and will be called Albion. The Black Country is famous both for its solidarity and its tribalism – I hope that this does not alienate Wolverhampton! 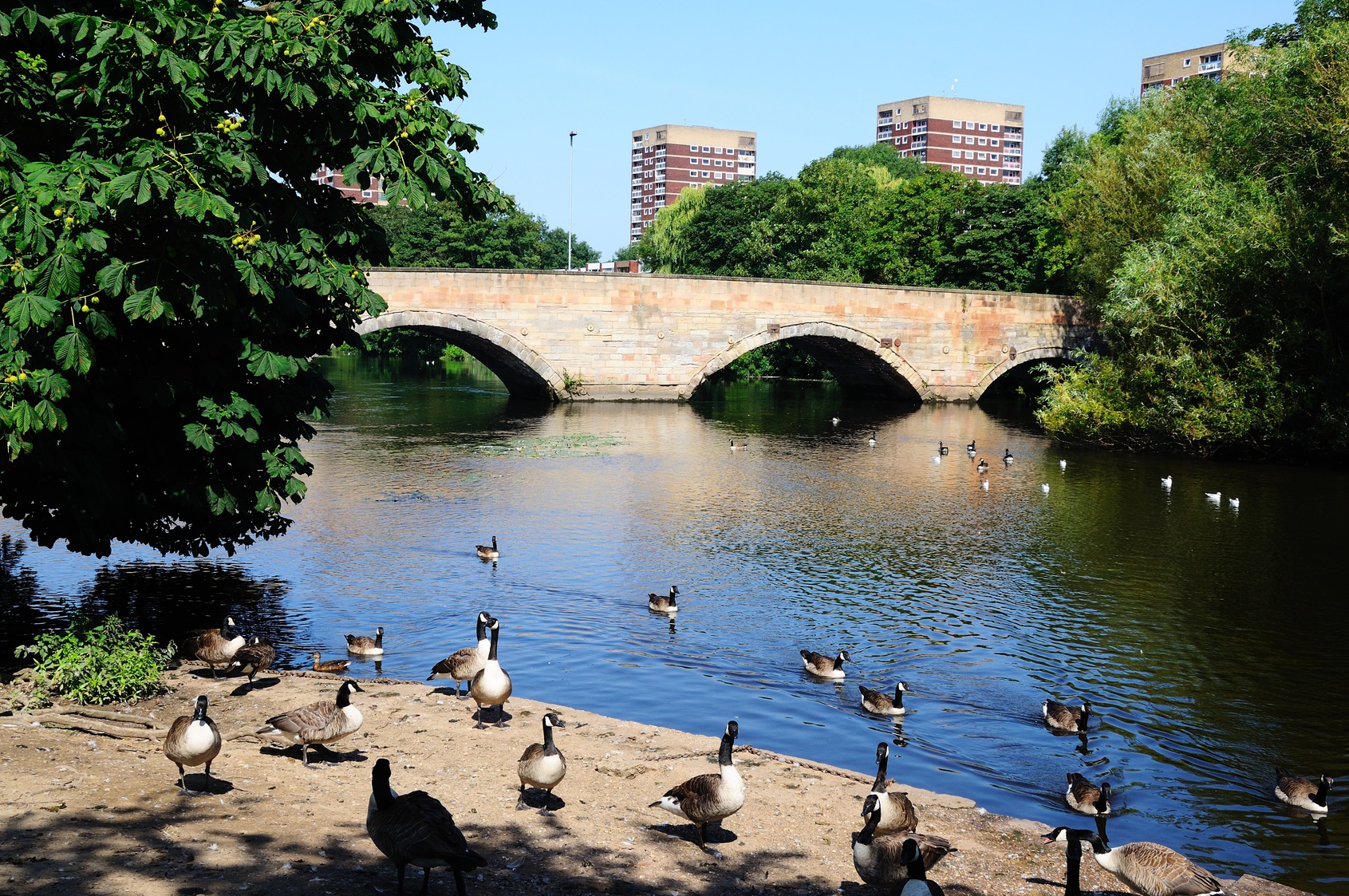 I hope that when you read this the worst of the floods will be over. Bad as they were they could have been much worse. The much-maligned Environment Agency, local authorities, civil engineers and conservation bodies have had enormous success in alleviating flooding in many parts of the country. This seemed to be almost entirely overlooked in the waves of sympathy, anger and political mischief which flooded the country soon after the water. In summer 2007 well over 50,000 properties were flooded, in 2014, in the wettest winter for 250 years, that figure was down to about 6,500.

Although it is at a much smaller scale than the Thames and the Severn we have local evidence for this success. Thirty years of work on the river Tame, which drains much of the Black Country and north-east Birmingham, seems to have been successful. It is now Tame by name and tamer by nature. Once frequently inundated places now seem virtually free of floods. These include the centre of Walsall, once subject to flooding by the combined tributaries of the Tame, the Ford, Hol and Walsall Brooks, the road under the railway bridge by Sandwell and Dudley Station, the riverside meadows in the Sandwell Valley, and the streets of Witton and Aston.

What changed? The implementation of a long-term plan based on science and evidence, properly funded and expertly executed. The work included washlands set aside at Bescot, a new lake in the Sandwell Valley, reprofiling the river in Perry Hall Park, channel improvements, and flood defences in Hamstead. This process was driven by the Environment Agency, who really do know what they are doing, and the local authorities. The scheme was a combination of hard and soft works, dredging, and making space for water. No single answer but a strategic and integrated approach in both densely developed areas and open spaces.

The problems elsewhere were not caused by European regulations or apathy, but rather by financial constraints, and obstruction by those who think, mistakenly, that they know better. Even the now notorious ‘bird reserve’ in Somerset has a parallel here – the RSPB Reserve in the Sandwell Valley. Both places are incidental benefits of flood management work, examples of win-win situations amidst a sea (albeit temporary) of lose-lose misery. 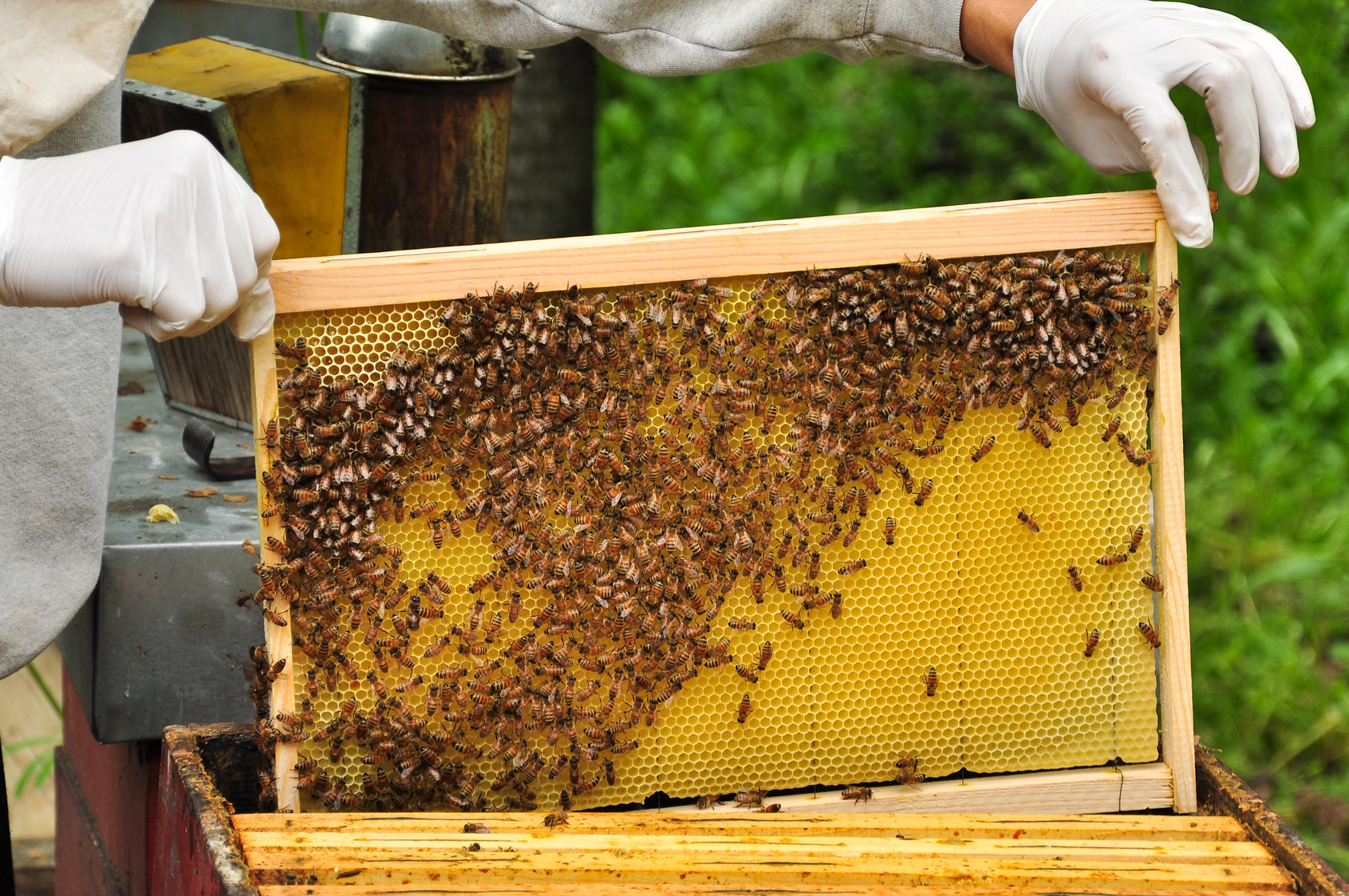 South Staffordshire, including the Black Country, is famous for its coal and limestone, but insect miners have been at work here far longer than human ones. Mining bees in particular remind us of their presence throughout the spring months. They are responsible for those little volcano-like mounds of soil which suddenly appear in our gardens and greenspaces at this time of the year. They are especially noticeable on sandy paths and close-mown grass.

The bees are cousins to bumble and honey bees, but are all solitary, in that they do not live together and tend a hive, although several females will excavate clusters of mines in suitable places. They make burrows up to 60cm. deep in which they lay eggs and provision them with nectar and pollen. There can be up to five mini-mines branching off the main one. Sometimes two or three females will use the same entrance hole before making their own branch mines once underground.

There are scores of species of mining bees but they are not very distinctive, being mainly small (mostly a few millimetres long) dark, furry insects, often with orange or brown hairs on their abdomens, hence the name of one of the most common – the tawny mining bee. The insects spend about a year underground as larvae and pupae before emerging as adult bees to start the cycle over again. This is where they become important to us. Just like honey bees they are valuable pollinators, seeking out the spring flowers, being especially fond of visiting orchard and hedgerow blossoms.

Mining bees suffer the attention of another group of bees which act like cuckoos in their nests. These are smooth, wasp-like insects which lay their eggs in the mines. When the eggs hatch the larvae first eat the mining bee larva and then feast on the nectar and pollen provided.

As well as natural enemies mining bees are just as susceptible to the effects of insecticides and other chemicals as honey bees. This is a good reason to minimise your use of such concoctions if you or your neighbours have apple, plum and other fruit trees. Your autumn fruit crop may depend upon these spring bees. 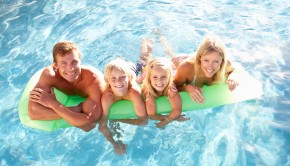 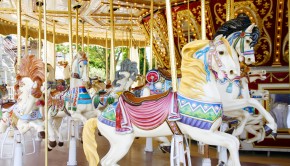 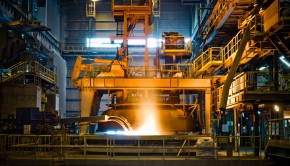